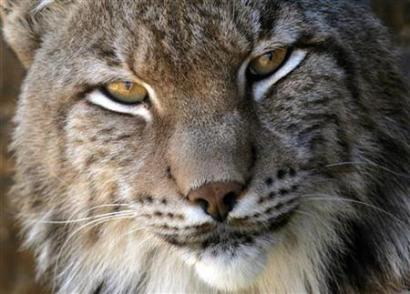 Sonoma-Marin Arborists Inc consider Green in everything we do.  When we get the chance, we save animals.  We like making videos while we work.  And we like helping other green organizations.  But what do you do when a conservation group puts the kibosh on one of your videos?

Recently we posted one of our day-in-the-life-of-SMA videos, which happened to include an animal rescue. It was respectful, engaging, tagged and titled appropriately. It was intended to uplift, inform, and promote the cause of the AIQ (animal in question). It immediately received 57 views the first and only hour it was live.  You don’t need a Google Analytics team to tell you that’s good buzz!

But then we got the call to take it down.  Caused a bit of fuss with certain members of the conservation group. Perhaps they thought people would immediately riot and go stalk this animal. Maybe the video stole somebody’s thunder.  Or maybe the AIQs did look a little too ‘stressed.’ Well, upon hearing their decision to ban, as well as, not use our video, the AIQs are certainly not the only ones now experiencing stress.

Right. So we all know the Wonder Pets a cantare operetta, “There’s an animal in trouble…”

And so revolved the perky little ditty in my head, while habitat was being lost everyday, while potential donor contributions went to other causes. We continued to wait over two months, hanging in there, hoping our friendly overtures to collaborate would result in removing this veto and get our Animal-Planet-style video back up, somewhere. We dialoged. We re-edited. We asked for more collaboration. We made a plea. We were cool with them posting it at their own site and just giving us a link. Did I mention we had volunteered, in the first place? But after months of being strung along, they recently handed us our hat in a brusque email afterthought.

Now we are left in the impossible position: A) Remain silenced, shelve the video, and maintain good relations or B)  Post it regardless, stripped of all tags, titles, links, and hope it doesn’t get flagged by the animal people? Then I made up C) Blog.

But who really looses?  I think the ‘Animal In Question’ looses big-time.

If long-form content (i.e. text, prose, powerpoint presentations, blogs) is shared within an interest group and possesses relevant information that is true to those interests, it will be consumed.  However, since the amount of people who won’t read any more than 140 characters at a time is growing everyday, how are we really going to raise awareness and educate the public about these magnificent AIQs?

I had this conversation with Michael Soule (founder of conservation biology) 21 years ago.  He asked, “How do we foster ‘biophilia‘ (love of life)?”  We agreed it had something to do with getting people to identify with Nature.   He proposed a wider love of nature would be most effectively brought about through a sensory, physical experience. Then, he challenged me to come up with a direct action that could do that.  I chose film.

I still have my enshrined 1989 copy of Scientific American Managing Planet Earth, giving us the real bad news on the state of the Environment.  And even if people were reading more back then, the facts, our inconvenient truths, including, but not limited to, global warming, extinctions and landfills, didn’t rouse the kind of response any of us would have hoped for.  Michael found back then, even with his own ecology students, facts were often irrelevant; students might have been be convinced cognitively, neo-cortically, of the value of life and diversity, but somehow they didn’t follow through.   Sadly, cognitive understanding hasn’t been enough.  And now, after the ‘decade of the brain,’ we understand more clearly, there is quite a distinction between the neocortex and the cerebellar limbic-axis, the latter being the direct pathway to pleasurable experiences, to sensory motor and emotional centers.

I have been to enough fundraising events to safely say, donors won’t always pay attention to a narrators’ words and slide shows, but if someone puts on a short, evocative video, the room stops, paddles go up, and checkbooks come out.  A point seems to have a better chance of getting across if it hits the limbic system.   I believe all citizens of the world, especially conservationists, can’t afford to leave this out–did I also mention this particular conservation group plans instead to add a new SAIQ ‘save the animal in question’ page to their website, which will be mainly text driven?

People don’t make decisions with their neo-cortexes, they make decisions with their limbic system and brain stem. In order to get our minds back into the biosphere, we need to pay attention to our ‘why’ and what we ‘believe.’  We need to make friends with force of ‘socialnomics,’ and use a lot of purposeful, meaningful video footage paired with evocative music.  And some of us greenies need to lighten up.

Michael Soule told me we were only going to save species in percentages, that we could not turn things around fast enough, and that we had already run out of time by 1991.

Completely disheartening as that was to hear, I have never let this debilitate me; I have never given up.  Yet it has stayed with me throughout my endeavors since that conversation, giving me a chronic sense of ‘I don’t have time for this!’ Truly, endangered species and wild animals don’t have time for any more human proprietary maneuvering, either.

What if we told as many ‘stories of the AIQs’ in as many ways, as possible?  Social media doesn’t have to mean choosing drama over truth; harness it for the animals! Instead of utilizing only a few fingers, why not use the whole darn hand? I think the cause of the AIQ would hugely benefit from using everything we have at our disposal. Miles of AIQ footage has already saturated the web, and I believe, it is doing more good than harm. Don’t forget, by 2010, Generation Y outnumbered Baby Boomers and 96% of them had joined a social network. Youtube.com is the second largest search engine. Animal Planet got over 900,000 views on their videos in just one of their rich cross-platform integrated media campaigns.

Do we really want to bar sincere video efforts and provide merely a bunch more one dimensional prose & facts, and then just hope they will reach people this time? I vote that videos like this ‘gagged’ one, would never be iced, but rather, released with blessing, to Youtube. Who knows? Some folks, who might never have otherwise stopped to think about the AIQ, might happen to stumble upon it and accidentally experience enough identification with the AIQs to actually be moved into action.  Good action.  Like donating, volunteering, voting on the behalf of, and feeling more connected to Nature, as a whole.